12.01.2017 – Enterprises in Switzerland devoted more than CHF 15.7 billion to their research and development activities (R&D) in 2015. At international level, Switzerland is among those countries where enterprises are the most active in R&D. These are some of the main findings from the survey conducted by the Federal Statistical Office (FSO) in partnership with economiesuisse.

In 2015, enterprises in Switzerland spent almost CHF 43 million per day, including Saturdays and Sundays, to carry out their own R&D activities (intramural R&D). This is the highest level ever recorded, surpassing that of the previous survey conducted in 2012 by the FSO. 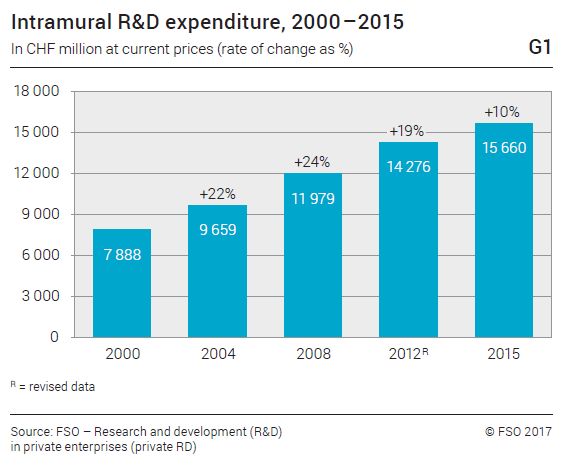 Switzerland well situated
In international comparison, Switzerland maintains its position as one of the countries with the most active enterprises in terms of research and development. For two decades, R&D expenditure has increased faster than economic activity as a whole in Switzerland, measured by gross domestic product (GDP).

All industries have increased their intramural R&D expenditure with the exception of “Metallurgy”, which saw a marked decline (-30%) and “Others” which fell slightly (-3%). The greatest increase (+66%) was seen in the “ICT services” industry. 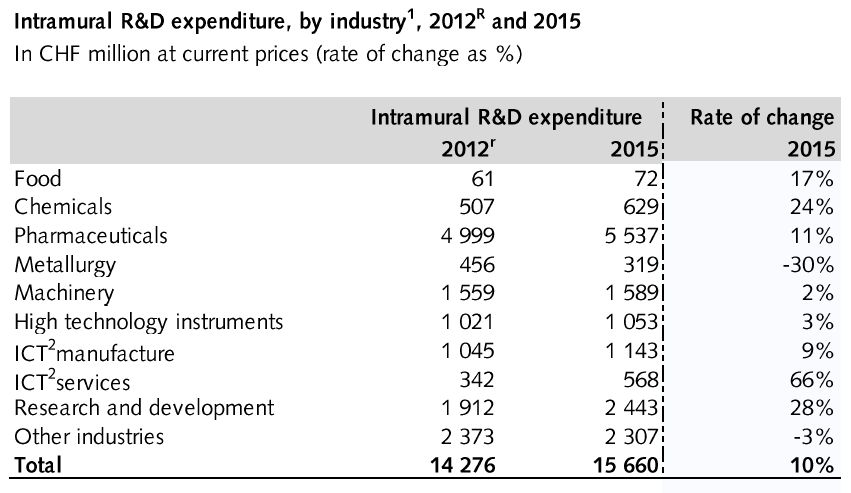