EPFL strengthens its brand identity for its 50th anniversary

EPFL strengthens its brand identity for its 50th anniversary
Posted on 19.03.2019 in News

18.3.2019 – The Ecole polytechnique fédérale de Lausanne (EPFL) symbolically launched its 50th anniversary celebration this afternoon with two events on its Lausanne campus: the unveiling of its new brand identity – developed in association with Moser Design in Lausanne – and the inauguration of the Lombard Odier Agora in Place Maurice Cosandey.

EPFL’s new brand identity is centered on its acronym. The logo, composed of the School’s four letters, is simple yet sophisticated, and it proudly bears Switzerland’s hallmark red color. “We wanted a logo that reflects our school’s energy, pioneering spirit, technological leadership and international reach. In other words, our identity as a startup that has grown rapidly and is now an adult,” says EPFL President Martin Vetterli.
The School worked with Lausanne-based branding agency Moser Design to develop its new brand identity. Two online surveys were carried out to evaluate how EPFL is perceived both within its community and by the general public. Some 20,000 people participated in the survey, pointing to brand attributes such as excellence, international reputation, engineering, innovation, research and Swiss-based.
The font selected for the new logo, Helvetica Neue, was created in Switzerland and is well-known around the world. It was born in the 1960s, like EPFL, and it symbolizes Switzerland’s place at the forefront of technology at the time. The agency reworked the original font slightly to make it more contemporary, easier to read and unique, and to better reflect where EPFL is today. “Developing a new brand identity for an institution like EPFL was an exciting challenge. The School profoundly affects the lives of those who study or teach there. As a hub of research and knowledge, EPFL is a source of personal and professional fulfillment. We wanted to reflect all of that in the new design,” says Caroline Moser, CEO of Moser Design.
The new visual identity consists of more than just the logo, as it covers the full range of graphic elements that convey the School’s brand. The logo itself figures prominently on campus, in the form of a 2.6-meter-high metal sculpture next to the Rolex Learning Center. 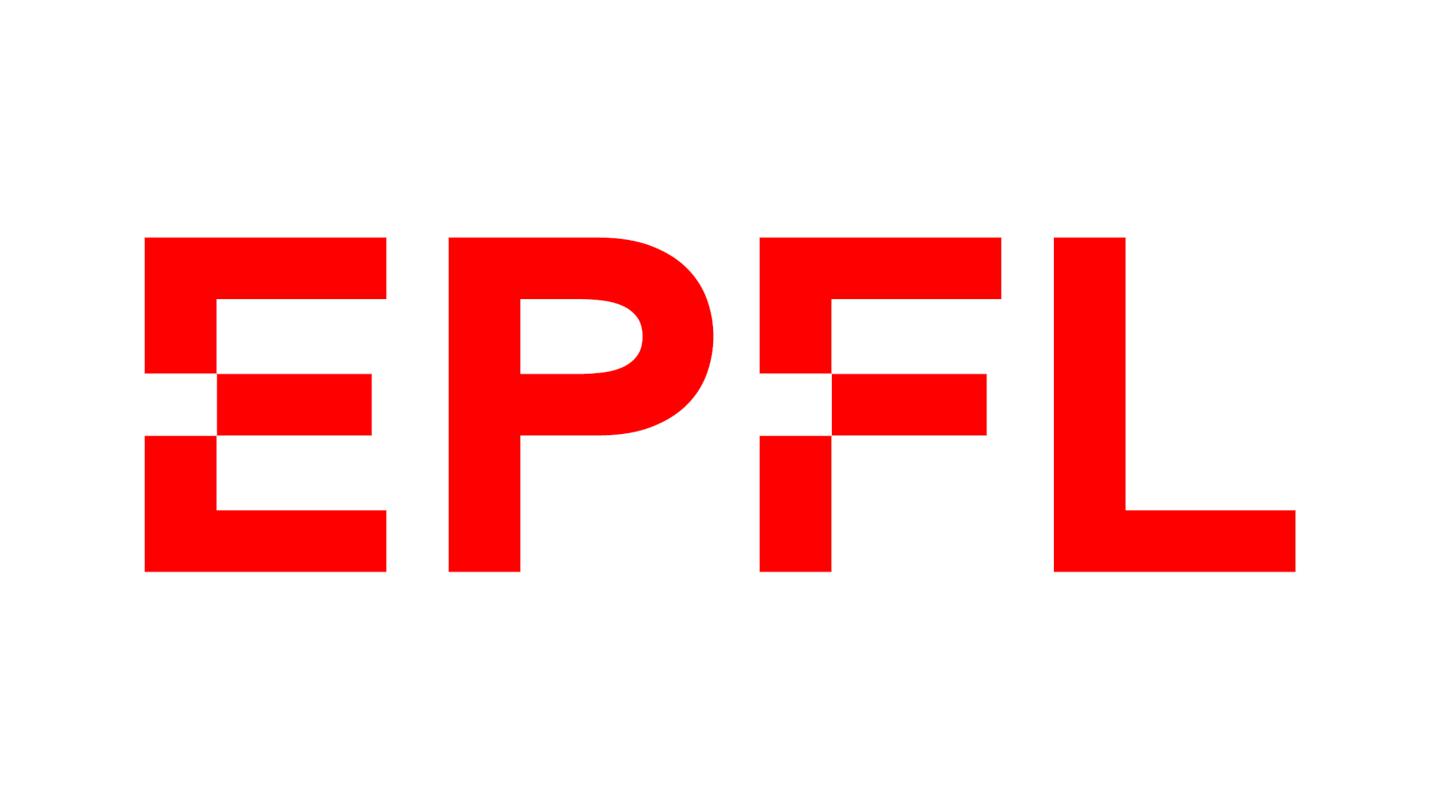 Modern-day agora pays tribute to the past
The symbolic launch of the School’s 50th anniversary celebration would not have been complete without paying tribute to Maurice Cosandey, the visionary who in 1969 turned what was then a local engineering school into a Swiss federal institute of technology.
The Lombard Odier Agora was therefore inaugurated today in Place Maurice Cosandey – the square named after EPFL’s first president – in a ceremony attended by the Cosandey family.
Place Maurice Cosandey sits at the southern entrance of the campus, between the Rolex Learning Center and ArtLab. It was chosen for the Agora as part of an initiative originating with the ArtLab project to revamp this area. The redevelopment project was led by EPFL’s Design Studio on the Conception of Space (ALICE), which is headed by architecture professor Dieter Dietz. “Our goal for this project was clear: to get the entire EPFL community – especially students – involved in order to breathe life into a neglected part of campus,” says Dietz. Around 30 students and architects participated in the design process through a series of workshops.
Author: Corinne Feuz
Source: Mediacom
Share this article: